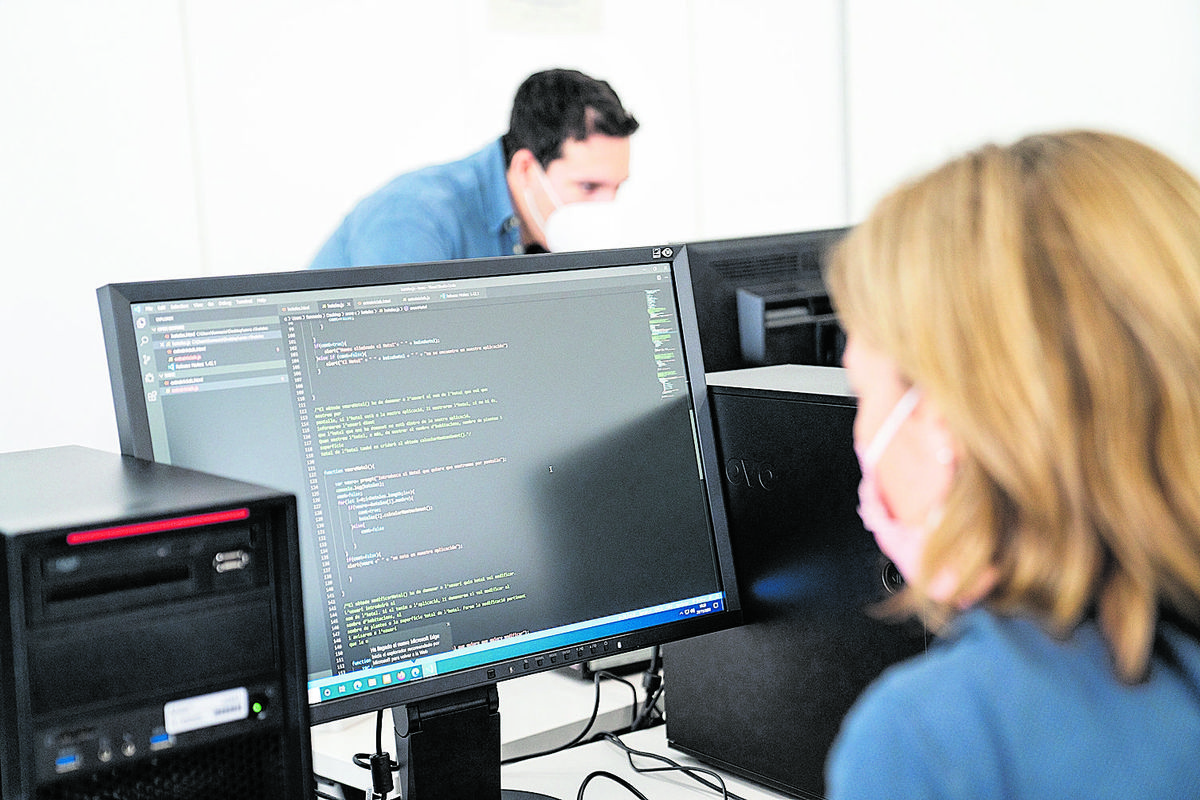 In Barcelona, women only occupy 26% of the jobs in the information and communication technologies (ICT) sector, and only 8.6% are in technical positions. The underrepresentation of women in ICT environments is a phenomenon not only in Barcelona, but worldwide, and is linked to the digital or technological gender gap.

The 2030 Agenda, which the Barcelona City Council has assumed as its own, recognizes the gender digital divide, and for this reason it proposes the acceleration of inclusive projects in the field of technologies with a gender perspective to reduce the existing bias.

To this end, the municipal government is launching a series of actions to promote gender equity in the city’s ICT industries and to promote feminism as a central axis in the construction of today’s digital society.

The digital or technological gender gap generates growing inequalities in one of the sectors that creates the most jobs.

Among them, the BCN FemTech program stands out, a strategic plan designed to provide an outlet for women in the ICT sector after the impact they have received from the crisis resulting from the covid-19. With this initiative, the ‘consistori’ wants to facilitate the incorporation of women, preferably from precarious or unemployed groups, to ICT environments, hand in hand with companies in the sector. The objective is to promote the presence of women in an industry such as technology, which is a leader in job creation.

The BcN FemTech program is currently in the testing phase: this year a pilot program is being carried out with 50 women from precarious work environments, offering 850 hours of training.

It is a public-private initiative with the collaboration of the Barcelona City Council with Barcelona Activa, Endesa, Factoria F5 and the Formació i Treball foundation and will allow all participants to join the labor market as programming and web development professionals in approximately six months.

ICT is one of the sectors with the highest growth in employment. In the last 6 years, the sector has increased by more than 20,000 people (55%).

One of the beneficiaries of the BCN FemTech program is María José Martín: she previously worked in the tourism sector and through this program she has the opportunity to reorient her profession towards web development. “The program started a month ago. It consists of daily classes in which we learn the different programming languages,” explains Martín. And she continues: “the program has an innovative methodology: from the first day we are working in groups to do practical classes, although they are online”.

BCN FemTech is, without a doubt, a good opportunity to learn skills adapted to the labor market, in addition to allowing more women to enter the technology sector: “it is a necessary step, BCN FemTech offers the opportunity to overcome the gender gap in this sector”.

Women behind the screen

The lack of women in software development is a fact and generates consequences at all levels, such as the lack of gender perspective in technological products, the creation of a biased digital knowledge, at the digital level, or the perpetuation of gender roles and the difficulty of promoting policies on diversity or equality from the spaces of power, from the point of view of diversity.